LETTER TO THE MAYOR OF LONDON

Dear Mayor Khan,
I acknowledge that you are a busy man, but feel I must impose upon your for one moment, about a subject that I know is close to your heart. 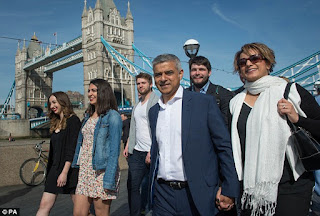 'Dads Defending Daughters' will stage a static protest at Parliament Square, on Friday 24th June 2016.
This protest is not about you. It is about the state in which your predecessor left London.

Cause: Corrupt and unscrupulous officials.
TfL have lowered the standard of Private Hire to an unregulated, 'pay your money, no questions asked' free for all, to accommodate a powerfully backed, tax dodging, foreign company who are prepared to employ the unemployable.
DfT refuse to acknowledge the elephant in the room, due to pressure from the likes of Sajid Javid, Baroness Kramer, 'Government' Sachs, David Cameron, George Osborne, bought and paid for MPs and lobbyists; all putting profit and employment figures ahead of your travelling public's safety.
These power orientated people view the public as consumers, not as human beings.

Cure: Mayor's office.
I understand that the EU Referendum is tomorrow. Therefore I do not expect a prompt reply.
Deputy Mayor for Transport, Valerie Shawcross and you have done more in five weeks, than Boris Johnson did in eight years.
You have finally started the engine. Boris never even opened the garage door.

Prevention: Three points to put into force:
No onscreen app location of cabs.
This invites young people to approach a driver, they have seen onscreen, for cash. A common occurrence, suiting both parties.
Leaving no secure proof of journey, and open to the dangers of predators and mistaken identity.

A minimum of five years residency for any PH or Taxi applicant.
No more letters of good conduct from foreign countries or sponsors.
The licensing authority should be able to DBS from a United Kingdom record system.
No one should be left in charge of vulnerable people without an enhanced background check.

The banning of blacked out, obscured and tinted windows.
No one can see if a vulnerable person is in distress.
These are a dangerous and non essential extra, and could be the difference between rape and rescue.

I know you are determined to put forward the capping of Private Hire vehicles.
We Londoners welcome this, for many reasons.
And we do not expect anything to change overnight.
But the regulations that are already in place must be tightened up immediately and enforced correctly.

1. Would I feel at ease knowing one of my daughters is travelling in a TfL licensed minicab, under such unregulated circumstances?

2. What would I do, as a Dad Defending his Daughters, to make it safer for my children to get home in a minicab?

Hopefully, after the EU Referendum, you can reflect upon this letter, and our concerns.
You have done brilliantly to get to where you are from such humble origins; to become Sadiq Khan - Mayor of London.
But we Londoners expect more from one of our own. 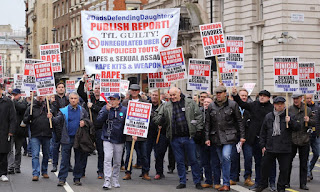